The Russian Knights, the Swifts and the Berkuts aerobatic teams will demonstrate their unparalleled mastery in the Russian town of Gelendzhik. The Russian Knights aerobatic squadron said on its Facebook page that Maj. Sergei Yeremenko died in the crash.

Russian Knights at Igor Tkachenko tribute flight. The Kubinka air force base located 60 km west of Moscow is well known both in Russia and abroad. 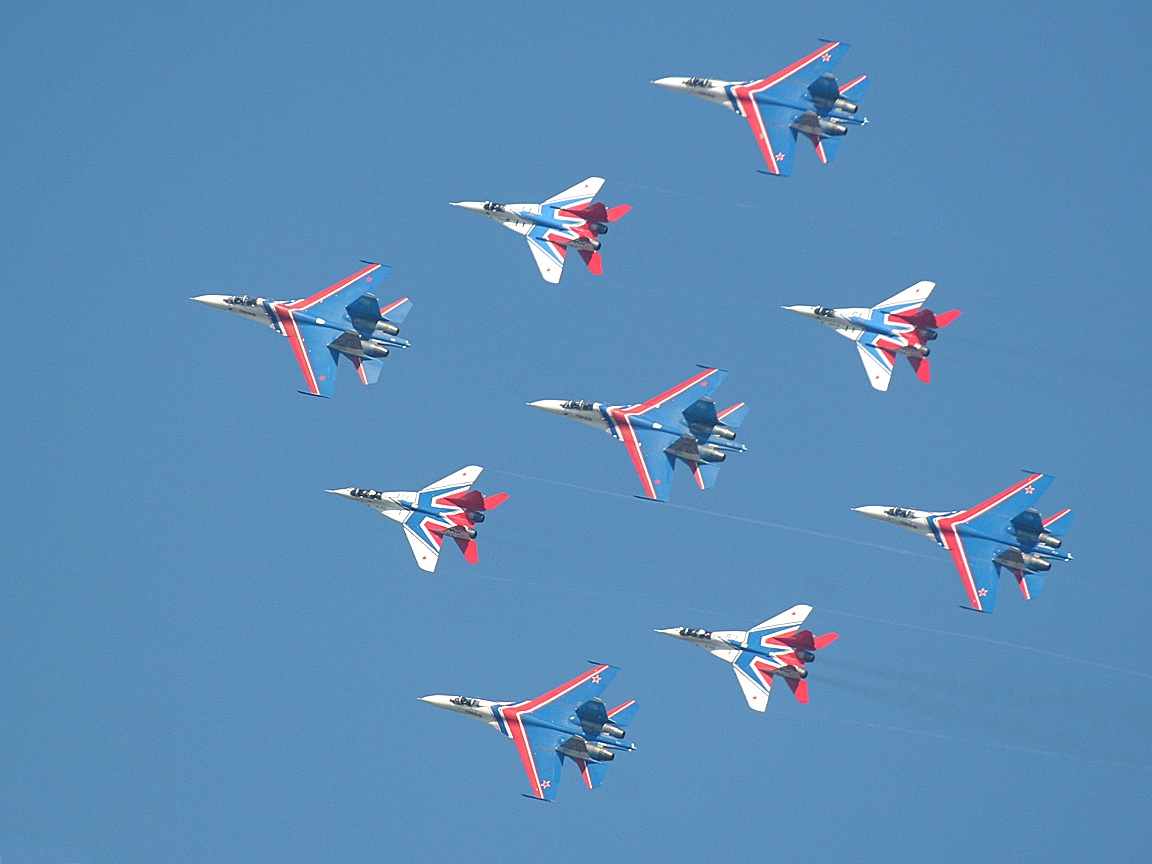